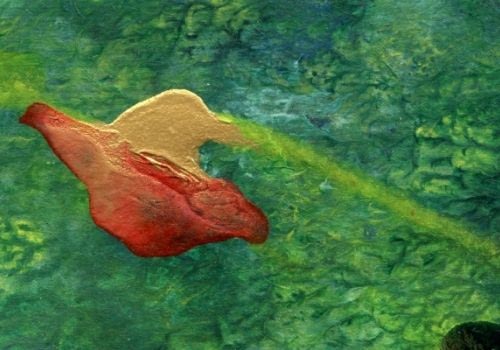 “It is important to restore the essential balance in the world between the masculine and feminine energies. The bird of humanity cannot fly with one wing” Vivekananda

A lot of the world we live in is masculine and this is also reflected in the yoga on offer, which traditionally has a strong masculine slant.

There is a growing movement for balance – both internally and in the world around us. Integrating a feminine yoga practice is a way of redressing this balance through the mind, body, spirit and then through our inner and outer worlds.

My classes combine a masculine and feminine approach to yoga asana and pranayama to help redress that balance in all areas of your life.

Yoga is more than just exercise, it impacts all areas of our lives and so the benefit of having a balanced masculine and feminine yoga practice can also be seen in our everyday and working lives, bringing this balance off our yoga mats and into these areas – which is great news for the world of work for example, which has traditionally been more masculine.

A little more depth about the Feminine Style of Yoga

The concept of feminine yoga may seem unusual or unfamiliar, especially to those who do quite a bit of yoga. Why? Because largely speaking, yoga asana (asana being the poses we do) has a very masculine slant, the most simplistic reason for this being that the yogis who devised the path of yoga where men, designing it for the spiritual evolvement of men. It’s not that women were not welcome in the yoga world, they just weren’t at its hub in its time of creation in many ways.

A little nugget for those who enjoy history… Krishnamacharya, was one of the first Indians (in modern times) to teach women yoga, due to his fear that yoga would die out if left to the men who had business on their minds more than the practice of yoga (1888-1989).

These days, women are very much in the world of yoga – in fact you could say the vast majority of yogi’s in the west are women. And so, it makes sense that it was only a matter of time before a more feminine style of yoga came through, to honour all the women practicing yoga asana, as well as to create more of a balance of yin and yang, masculine and feminine.

It is interesting to see the rise of more feminine approaches to yoga as well as teachers looking to incorporate a balance of both the masculine and feminine / yin and yang, my sense is that this trend will only continue to rise.

So how do you spot feminine yoga VS masculine yoga?

The main thing to remember is that whether man or women, boy or girl, we all need both of these styles of yoga to maintain a healthy yoga practice, just as we need both the masculine and feminine in all areas of our lives to remain balanced.

• Precision and focus on alignment
• Structured practice
• Logical class structure
• Goal-oriented – want to be able to achieve certain pose, increase flexibility etc
• Linear-thinking – and linear movement e.g. straight arms and movement
• Bandhas – locks in which you keep the breath / prana, within the body
• Strong breathing (pranayama) practices for a specific means
• Holding a pose in a strong static way
• Power, control and strength

Is there such a thing as a ‘right’ or ‘wrong’ decision?

The serene power of finding your flow

how to make decisions… when you can’t make a decision