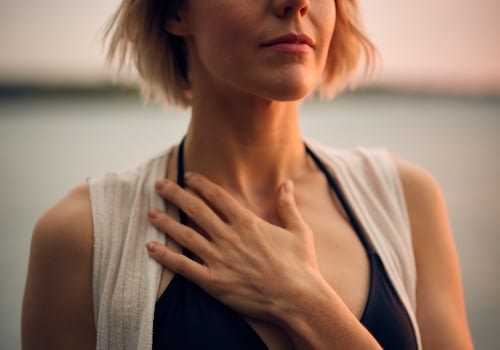 “I am scared” said the girl on the bridge…

There was no one there, yet a hum of energy began to surround her… the clouds and vastness of the sky became dense in their swirling energy…

“Of what?” said a voice “There is nothing to fear”

“Don’t look with your eyes, feel with your senses” said the voice

The girl closed her eyes yet could still see the atmosphere around her shifting… She felt a rush to her left, reaching tall and above her and in her minds eye she saw a tall white figure.

The girl felt her body begin to nod, then her mind snapped in “Then why are you beside me, if you’re a part of me?”

In silence she stood… feeling the truth of these words… as they resonated deep within she felt a peace and calm begin to spread through her.

“Then why do I keep feeling so scared of who I am, of showing my true self in the world?”

“Because you believe you are separate from me.  Because you haven’t created a space for me within you.  Your body is filled, dense, with life, with stuff… You carry within you so much that isn’t yours… ideas of others, information that doesn’t matter, beliefs that hold no truth for you… Your vibration is heavy with baggage and the gateway to your boundaries is closed out of fear and out of need to protect yourself.  There are times when it’s been needed to protect yourself, yet you’ve created a blanket protection that also prevents what is aligned and supportive to you.”

“When you felt my words just now, as with other times, you felt a peace… a calm… a hope… a light… you allowed your barriers to let part of my energy in… And when you did, what happened to your fears of being yourself?”

She closed her eyes once more and returned to the state she’d experienced just minutes before… “I felt connected to everything, I dissolved into particles and was both nothing and everything at once… I felt a light and warmth within like a glow radiating love.  My fears fell away as I was in flow with all that is… I was source.”

As her eyes opened the lightness on her face began to shade, and a frown appeared… “And now it is gone… I feel separate again, and I can feel the fear and embarrassment of me return”

“Let me step inside you, let me fill you up, let me merge with your physical form here on earth…”

Turning around slowly… then looking up at the sky and down at the earth the girl was in awe… everything looked different, it was as though colours were brighter and more beautiful… as though the sky took her breath away as it expanded her mind to envelope everything… as though the earth beneath her came alive and fed it’s energy up through her feet.

She then looked at her hands, her arms, her body… “I feel taller, softer, as though my sides don’t stop at my skin, rather they keep humming further outside of me”

“And somethings changed inside… it’s as though all that isn’t mine, the thoughts, ideas, beliefs have fallen away, been moved out… it’s as though there is no space for anything other than me… than you… than us…”

Looking out from her place on the bridge she felt serene and yet powerful.

She had come home to herself.

From hologram to multidimensional being

Remove the Shackles & Step onto Your Path

Wake up to your Soul