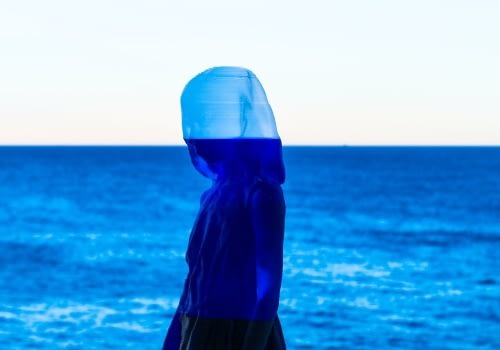 There was a girl who stood looking at her reflection in the puddle of water at her feet.  She was sad, lonely, tired… she felt as though she was living in this world and yet apart from it… it was as though she were a hologram co-existing like an overlay on top of human existence.  There was land and there were people around her and yet they could not touch nor see her, and she could not feel them.

It was as though her energy body whispered in and out… as though she wasn’t really here.

Her tears of sadness would fall, and as they fell to the earth the earth felt her existence.  The earth knew she wanted to be a part of this world.  And so the earth took her tears and let them collect into a shining puddle at the girls feet.  To show her, “I the earth am here for you.  I see you. I feel you.  I know you’re here.  Let me know your existence, let me show you your reflection through this puddle made of your tears…”

The girl would often see the water at her feet and find herself dropping deeper as though into trance, feeling more and more emotion…

One day she heard a whisper, a whisper through the heat rising from the earth… “I am here.  I have always been here.  You exist.  You’ve always existed.”

“Look into the water… look beyond your emotions… look at what the tears of your emotions have created… a mirror… a reflection… so you can see you… see your face… see your eyes… look into those eyes…what do you see?”

And the girl looked… she looked past her feelings and saw her face as if for the first time, and she was surprised for what she saw was raw and beautiful and humble and vulnerable.  She saw the face of a girl who had experienced so much, who had a wealth of feeling, humility and empathy.   A girl who had endured so much and yet was still standing…. a girl whose eyes were like pools, dark pools that enabled her to see out into other dimensions…  out into other realms, galaxies, time and space…

She gasped… and stood back and looked up at the sky.  She could not express the feeling she now had.  It was as though all her life she’d felt like a hologram.  Not a part of this life nor a part of any other.  Floating, drifting like a pale ghost between worlds.

Yet now she felt real.  She felt connected to the ground, she felt a density of weight that meant she belonged to this earth… her feet could speak to the ground yet still floated above it.

The sky felt expansive and wide… fresh and commanding… and she felt a part of it all… and as though her body were standing taller… and as though her skin was the breeze of the air that was always brushing over her. Connecting her.  She was the sky.  And she belonged under it.

But her eyes.  This she could not quite believe.  Her eyes transcended all time and space…. her eyes were the portals to places beyond this earth… whilst here in her human body that she could now feel and see in it’s flesh and blood and colour… she was also linked at all times to realms beyond here…

She took a step and as she walked she felt the ground move with her, and she felt the sky carry her… and she felt other worlds, dimensions, time and space of the past and future move in fluid motion with her….

She was connected to all… she was not alone… she never had been…. she had just never woken up and seen the magic of who she truly was.

A shaman, a light being, a multidimensional being.

“Who am I?” That dreaded question sparked when asked “Who are you? & What do you do?”

Post-epiphany blues… Now what do I do with my old life?