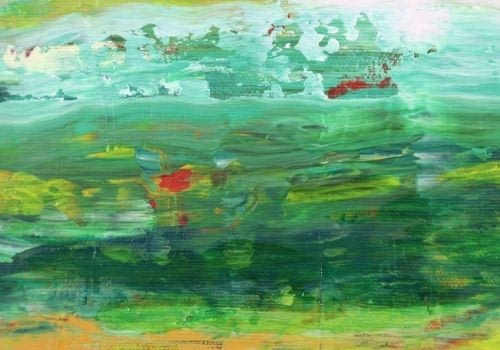 What do you do when you love something and the ‘world’ tells you ‘but you shouldn’t do that – it’s so baaaaad for you’?

Do you succomb and say ‘ok, you know best‘.

Or do you say ‘wait a second’  – which is a nice, polite and Buddhist bunny mindfullness alternative to the more commonly used ‘f*ck-off’  🙂  – my life, my needs, what’s actually right for me in this situ?

In this case I’ll chatting about coffee (but you could add ciggies, wine, ice-cream etc).  Because I love it.  And the world authority of health, nutrition and boring kill joys – say’s it’s bad to have more than 1 mug a day.

But you (I) love it.  And you (I) want to keep it in your life…but you’re also aware it’s kind of out of control!

Well rest easy I’m not going to tell you to give it up.

I don’t believe in quitting things you love…you just need to add some small measures to keep yourself serene and highly functional!

Check out my tips and thoughts below!

Yeh, I’ve had too much today – I got to number 7 (see below chart of ‘how to tell  you’ve had too much coffee).  Some poor sucker just had a VERY intense skype conversation with me.  Ooopsie.

Personal stance on this?

I’m still not going to stop.

Firstly, it tastes awesome – and unlike wine – another favourite – it’s perfectly acceptable to drink it first thing in the morning…

Secondly, it’s a fun legal high – wahoooooooooooo – I’m on FIRE look at me go….33,000 web browsers open and I’m having fun….and self esteem is high as I ‘believe’ I’m being 80% productive and have no sense of my reality being an actual 30% productive (cos the caffine’s made my attention span a little wonkey)

Thirdly, when I ask myself honestly, I feel fine about drinking lots of it – at this exact point in my life.  I’ve asked myself honestly and that’s my vibe.  And I believe in following you’re own vibe, your own compass on what’s right and wrong.

Interesting Case Study – that got me thinking on this

A very reputable super spiritual, super healthy guru master chappy of the Tai Chi / Chi Gong world – flew over to London from his (errrr hill top Tibetan residence I’d imagine) to do a talk to 2000 of his wee ‘we love you followers’.

Now his life is all about health and consciousness and so forth and so when he stood there with a starbucks coffee and admitted that he’d consumed nothing but cream (and now this Starbucks offence) for the last 3 months there was what can only be described as SHOCK and disgust amongst the audience.  What? Why? Sacrilege!

Now realise – this dude is and advocates being VEGAN e.g. for those not in the know – this means no meat, fish or dairy…pretty much nothing but veggies…and preferably raw ones.

He went on to explain that nothing is ‘always’ bad for you.  That true awareness is to know what is ‘right’ for you in any given moment or phase of your life.

The cream he explained (and he also admitted he was surprised by this) was something his body had asked for.  Why?  Well because it has such a feel good nurturing property to it.  He explained that he was in need of this nurturing quality…quite evidently a lot of it…and that consuming all this cream was not affecting him badly, rather it was making him feel great.

The starbucks?  Well here he explained he had had a long flight, come to a crazy western bonkers city and the coffee actually helped him to regulate and acclimatise to this vibe.  A bit like homeopathy.  Amazing huh?

Now you can think what you like.  All I know is that this guy was pretty blimmin on it, honest, integral and worthy of respect (complete bugger that I can’t recall his name)

Being conscious, being healthy, doing the ‘right thing’, following the ‘scientific advice’ isn’t as simple as black and white.  Nothing is definitively right or wrong.  You still have to add yourself to the equation – what in this moment is actually right for you? And what else needs to be brought in to manage this?

Back to the coffee issue – I’ll admit that I also like being a touch more serene…  So what does one do?  Well, ‘one’ works out what needs to be done to keep the flow of what’s wanted and needed…

e.g. I’ll admit I would personally also suggest a 1:2 quota of coffee : water.

Which FYI – also means come early evening you’re all set to bring out the wine….which makes for a WHOLE DIFFERENT set of inspiration and productivity 😉

Where are you on the spectrum of Coffee Addiction?!

You know you’ve had way too much coffee when…

yet still wish to be serene and have friends

Here’s how to manage that little coffee non-problem of yours!

1)  The 1:2 ratio – coffee : water (squash is ‘ok’ but fruit juice is NOT lol !!! It’s SUGAR & ACID & SUGAR & ACID & MORE SUGAR which is awesome and yummy but isn’t going to help it’s just going to add acid crazy tummy knots (gross poo’s) and add a sugary manic high (and then crash) to your wired coffee mania.  Which, yes, also fun, but short lived fun…and leaves you feeling like a turd an hour or two later

2) MINTS / BRUSHING TEETH (boys PLEASE I beg you) – means you still have friends – don’t want coffee to make you Billy No Mates.  Really I don’t need to explain this one much more – we’ve all been there – sat next to someone with stonking breath – and no one wants to be that person where you notice people involuntarily  jerking backwards and wincing each time you open your mouth to talk…or just breath…cos the smell sadly also comes out your nose.  Damn shame.

3) EAT – don’t know about you but coffee makes me forget to eat.  Which just makes me more manic…and less friendly…and a bit of a selfish bitch…and more likely to cry if my bus is late…and less useful to humankind…and less useful to my boyfriend (I meant emotionally and conversationally, ‘oh you of filthy minds’ 😉

how to use body intuition to find answers (that will work)

The serene power of finding your flow

Embracing the Feminine in our Yoga Practice